Blog
Five Things About Secret Apps Your Kids Are Using

Five Things About Secret Apps Your Kids Are Using 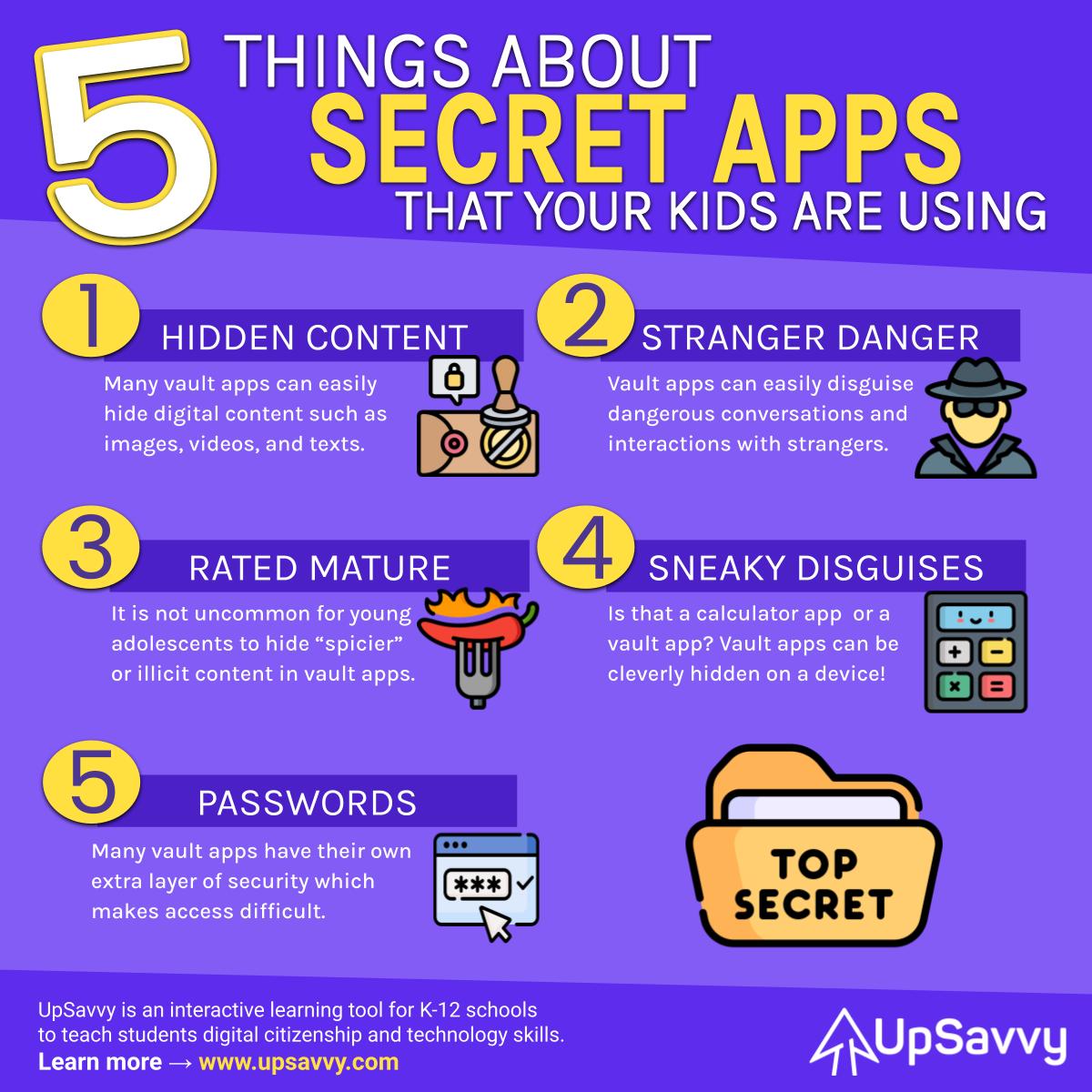 Secret apps, or vault apps, are designed to hide any amount of digital content that a person would like. This digital content could be images, videos, text conversations, or more. It is important to know that any personal device could easily have another hidden layer of content that has an extra layer of privacy protection.

Be aware that vault apps can disguise and hide dangerous or harmful conversations and interactions with others outside of immediate social circles. Oftentimes the conversations we don’t see should be the ones to be the most concerned about. It never hurts to be on the lookout for suspicious conversations or conversations that seem to instantly disappear.

It is not uncommon for secret apps to be a vulnerable capsule of illicit images and content. Many digital interactions can go sideways quickly, and inappropriate images can be easily saved, screenshotted, and/or stored. Vault apps can be used for the spicier content of others, or it can be a holding tank for spicier personal content. Be sure to have ongoing conversations about taming the spice level in secret apps.

Secret apps can be so secret that they may not even be visible at first glance. Some vault apps can be disguised as a calculator app, and some vault apps may disappear from the home screen depending on which sign in method has been used. Just because you may not have physically seen a vault app, does not mean that one could potentially not exist on a personal device.

Secret apps may have their own layer of extra protection and security. Even though you may have access to a personal device, does not mean you will automatically have access to a vault app. It is encouraged to set some parameters around the use of vault apps and have a plan for access in the event that there may be some safety or interaction concerns.

Take a look at our other articles here. To learn how UpSavvy can help solve digital citizenship at your school district check out UpSavvy.com.